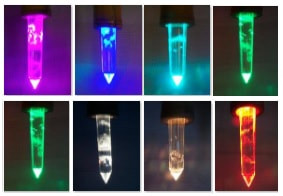 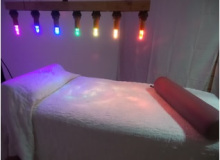 Double Terminated crystals grow from a “seed” rather than breaking off a matrix.

Double terminated quartz crystals have a much more enhanced healing capability compared to the single terminated quartz crystal. Naturally unpolisheddouble terminated quartz crystals are smaller in size 2" to 2.5" and make powerful healing tools due to an ability to draw in, hold, and release energy from both their ends at the same time. They can absorb, amplify and emit energy from both ends at the same time, making them a great stone for cleansing and balancing the Chakras, attuning to ones higher self, and relieving pain. They are also a good tool for astral projection and meditation, both for easing the effort required to get into a deep state of mind, and to afford protection from mental/physical harm. Even polished double terminated crystals which are 3.5' to 4 " in size make for powerful healing tool as described above. All crystals (both single and double terminated) are capable of both sending and receiving, there is no “stop valve” inside which prevents the energy from flowing both ways.