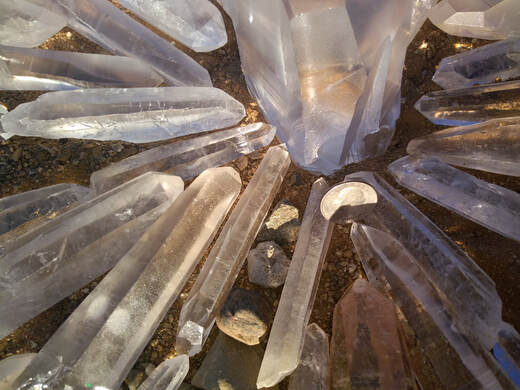 Lemurians out of the ground deep from the earth, are mostly unpolished, with readable facets, to tell us what strength the crystal is emitting.

Lemurians heal deep and subtle, like a soft mist and hue like, they synchronize the person on all levels in the most gentle and effective way.

This is a gift given to us at this particular time on the Earth Plane and all we have to do is to open up to use the higher frequencies that each Lemurian carries.

They are excellent for chakra clearing & balancing and it has the potential to engender deep feelings within the person under the crystal lights.